Award-winning, double-platinum selling Irish artist, Mick Flannery’s self-titled album debuted at number one in July 2019. He was recently shortlisted for the RTE Choice Music Prize for Irish Album of the Year 2019 and premiered his musical “Evening Train” (based on his album of the same title) in June 2019 at Everyman Theatre in Cork, Ireland. While County Cork singer-songwriter Mick Flannery is outwardly reserved his songs are fluent in expressing layered aspects of the human condition its flaws, triumphs and general uncertainty.

Critically acclaimed performer and member of King Kong Company, Susan O’Neill aka SON – is one of Ireland’s brightest emerging talents. Her first album ‘Found Myself Lost’ was one of Hot Press magazine’s ‘Albums of the Year’ and garnered her a number of opportunities, including joining Sharon Shannon on her sold out tour of Australia and New Zealand. SON has recently been collaborating with multi-platinum, award winning artist, Mick Flannery, whom she recently released a duet, “Baby Talk,” to rave reviews. In promotion of the song, SON and Flannery have made several late night talk-show appearances. 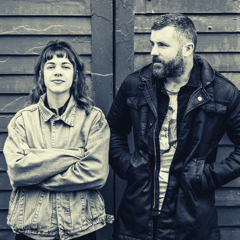